History of The Face of Lincoln Bronze

History of the Face of Lincoln Bronze 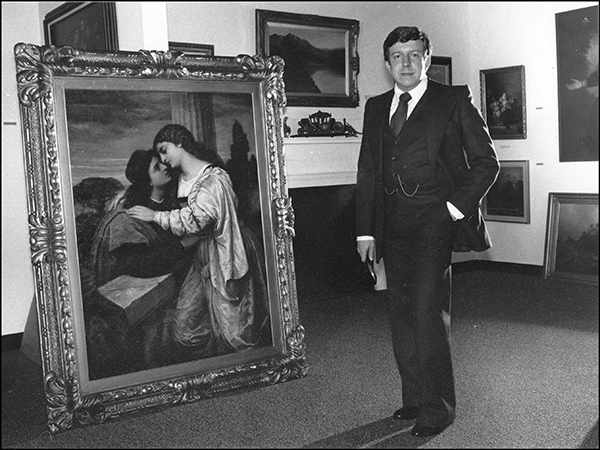 In my 47 years of restoring and collecting fine art, I have often mused that I was in some way just the keeper of the objects until the next century’s owners. In some strange way they found their way into my keeping so to be preserved for the future generations. Most of the paintings and art that I collected spoke to my heart and artist’s eye almost immediately. Such was the case with the “Face of Lincoln”.

As a young man of 24 and having just opened my gallery of art with my father’s stewardship in 1972, I was called to look at some damaged paintings at a local Hillsborough antique shop. After examining the works, the dealer wanted me to see something special that he had in his office. I soon found myself with a bronze death mask of Abraham Lincoln in my two hands. Of course, I could not even think about its purchase for $5000, (the cost of two new cars in those days) and to be quite honest I was young and really did not realize the effect of holding Mr. Lincoln’s face would have on me in later years.

Once when I was about 38 and in a small antique shop, I noticed a man’s gold and garnet ring. I had to have it and when I showed it to my mother, I remarked that I had no idea why I purchased it since I never wore any jewelry, and especially never wore rings. My mother just smiled when she saw it and said she would explain the next day. To my complete surprise, she presented me with an almost exact copy of the ring but in a child’s size. She said that it was my childhood ring and when my fingers started to outgrow it, I had refused to take it off. My father stepped in and removed the ring from me for safety but not with my permission. My mother said I had cried for a week. Until that moment, I had no conscious memory of the little garnet ring. But apparently my subconscious had not forgotten and remembered it so many years later.

And so it was with Mr. Lincoln. I felt a special affinity with him. I never forgot holding the bronze of his face. As the fates would have it, on a crisp 1993 November evening at an elegant art auction in Pasadena, California I found him again in the form of a poignant terra-cotta sculpture on a wooden base. The expression was haunting and although I had to have it, I knew it would be hard to win the bid in the room of millionaires. However this time Mr. Lincoln had found me. I hand carried my treasure back to North Carolina in my arms on the plane.

I have always had it my bedroom and it was never to be offered for sale, but as an art conservator I knew that the terra-cotta face had been created to be a bronze and I could tell from its condition that it had never yet been cast. Most of my life I have worked with oil paintings and did not know a lot about bronze casting except for the basics.

In 2016, came another twist of fate when I was called upon to restore a wonderful museum quality marine painting. The owners of the painting were also the owners of a renowned bronze foundry. I now had dear friends who could advise and assist in finally making the bronze of my lost face of Lincoln. I could not wait to tell my family friend John Clell Hamm, who had over the years fallen in love with the original sculpture and had also become a collector of American art. We both knew this was going to require his entrepreneurial skills to make this project successful. Up to this stage in the process, my lost Lincoln mask had only spoken to my heart. I had never really done any research on the artist and his background. Again, we both were stunned to find that the artist that had created my mask was a great master of American sculpture and had even won an Academy Award for the movie ” Face of Lincoln”. And so with this exceptional work of art as a foundation, the concept of the new North Carolina Gallery of Fine Art was born. As he and I watched the foundry casting and firing of this bronze with all the flames and steam, we both felt as though the artist Mr. Gage and Mr. Lincoln were in some way watching too. And as I approach 70 years of age, I knew that this bronze would be for the ages and one of the most important things I could pass onto the next generations.