In 2017 discussions began for the formation of the NC Gallery of Fine Art. The principals were Mr. John Clell Hamm of Wilmington, NC and Mr. John Rutledge Short of Chapel Hill, NC. They had recently discovered the “lost” face of Lincoln by noted American sculptor Robert Merrell Gage in Mr. Short’s personal collection and realized that a new gallery would be necessary for the production and introduction of the rare art find.  The “Face of Lincoln” is our first art presentation and the raison d’etre for this new gallery.  Its Corporate office was established in Wilmington, NC.. Within it is a special gallery space for the display of the Lincoln bronze.   The mission of the NCGFA is to bring quality art to those individuals and organizations that share our passion for American fine art and sculpture.  At this time we are solely focused on “The Face of Lincoln”. 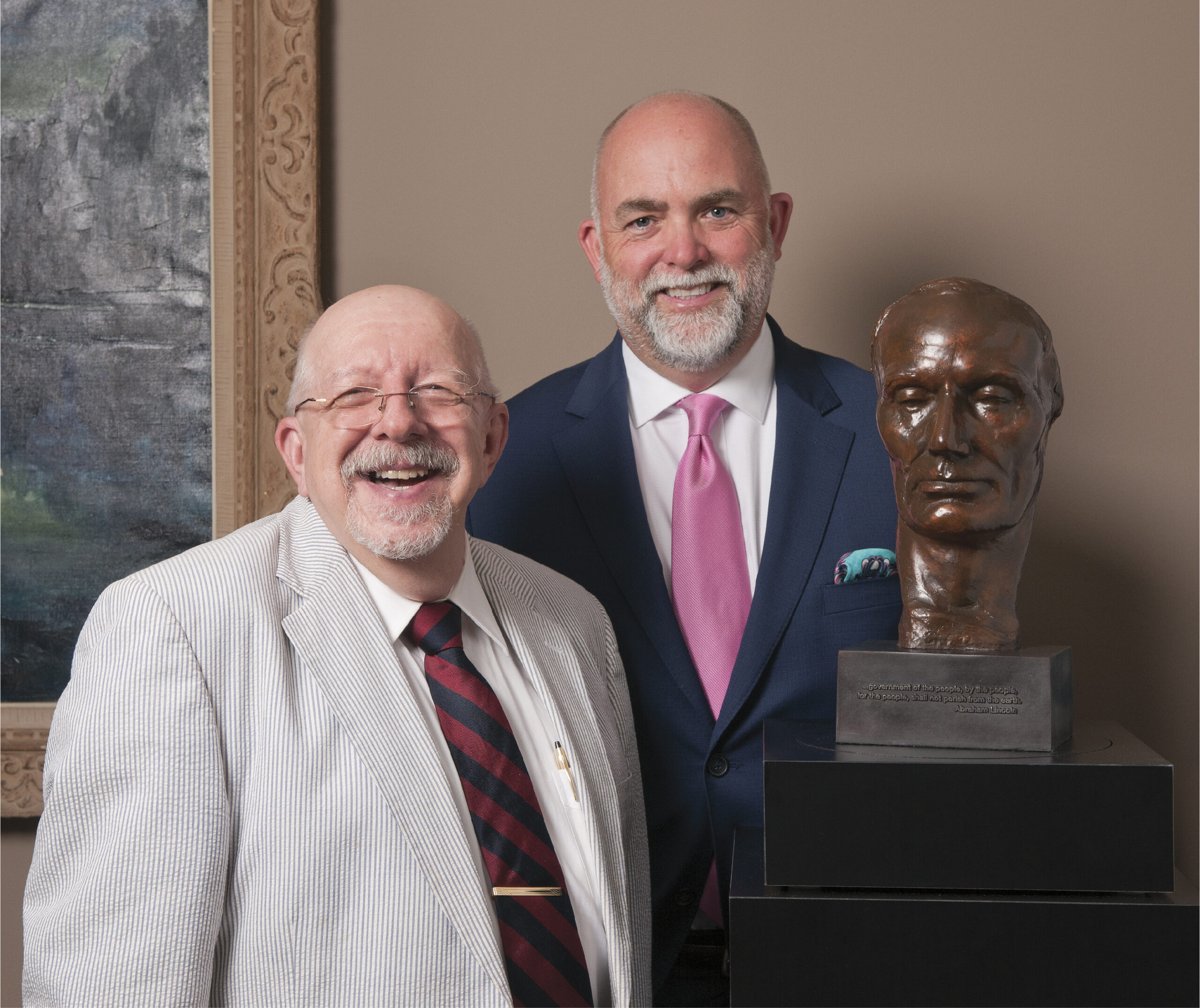 A noted entrepreneur and art collector, John Clell Hamm graduated from the University of North Carolina at Chapel Hill where he studied Radio, Television, and Motion Pictures. After spending several years in real estate and banking, Hamm accepted an executive management position with Durocom, the largest privately-held Internet Service Provider in the USA. In 2001 he founded Hamm Hearing Aid Center in Wilmington, NC, and currently serves as the Legislative Chairman of the North Carolina Association of Hearing Care Professionals. He has been awarded numerous distinguished national and regional professional awards. Mr. Hamm began his art collection in 2000 and is interested in 19th-century American works.

Mr. Short, an art conservator, has been in the art world for the last 49 years.  His clientele has included many noted people and institutions including Duke University, University of North Carolina, The State of North Carolina, The National Endowment for the Arts, The William Rand Kenan Trust, The 21 Club, Miss Beverley Sills, Mrs. Nelson Rockefeller, Governor and US Secretary of Commerce Luther Hodges, Governor Terry Sanford, and Mrs. Mary Duke Biddle Semans.  The Short family has been involved in North Carolina art since the 1930s.